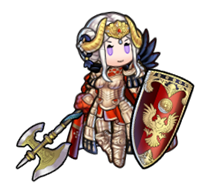 After ascending to the throne of the Adrestian Empire, Edelgard began the difficult task of conquering all of Fódlan. Here she is in her full glory, equipped with the Flower Hauteclere! 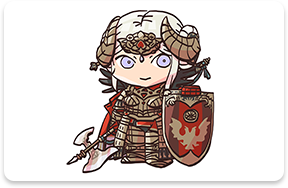 She’s clad in regalia that has been worn by generations of Adrestian emperors. It may look fancy, but it’s not just for show—her foes will be hard-pressed to make even a dent in it. 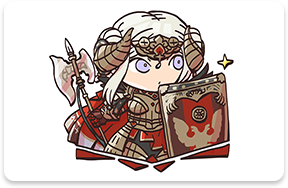 The banner of the Adrestian Empire, the two-headed eagle, is emblazoned on her shield. Edelgard was the leader of the Black Eagle House back at the Officers Academy, so I suppose she has something of an affinity for eagles! 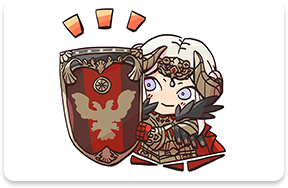 Edelgard went into battle so she could crush the corrupt establishment and build a new world where people are not discriminated against based on their status or Crests, and where they can live their lives independently and with dignity. There’s nothing that can shake her conviction… I hope she can teach me how to be more steadfast and strong! 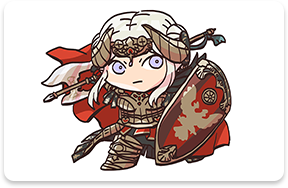 Child of the former captain of the Knights of Seiros, Jeralt. A stoic, capable professor at the Officers Academy. Endearingly addressed by Edelgard as “my teacher,” Byleth aided her in her conquest.