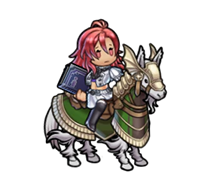 Abyss is an underground society of unfortunates and outcasts hidden below Garreg Mach Monastery. Today I’ll be introducing you to Hapi, one of the young students forced belowground by difficult and unusual circumstances and a member of the Ashen Wolf House. 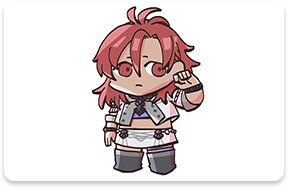 Hapi is a quiet, often disinterested young woman who keeps her distance, and she ended up in Abyss because of a unique ability she possesses… 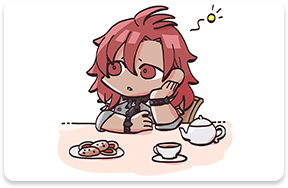 Whenever she sighs, monsters draw near! As you might imagine, it’s hard for her to ever relax when even a single sigh could spell disaster for everyone around her. 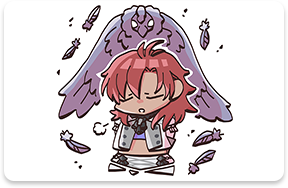 She’s been struggling with this awful curse all this time, but now that she’s working with the Order of Heroes, she can breathe eas—I mean, she has nothing to worry about! We’ll make sure she never has anything to sigh over—you’ll see! 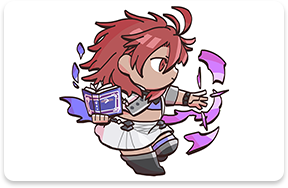 Leader of the Ashen Wolf House. Behind the tough talk lies a valiant defender of the weak. One of Hapi’s fellow students.

Young lady of the fallen Imperial house of Nuvelle. Has an overbearing attitude until she’s somewhere with sunlight. One of Hapi’s fellow students.

Former noble who ran away to Abyss due to money problems. Revels in competition as Leicester’s King of Grappling. One of Hapi’s fellow students.