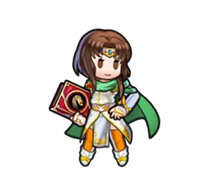 Miranda is the princess of Ulster, a kingdom in northern Thracia. She’s got a fiery, uncompromising personality. No one can keep her down! 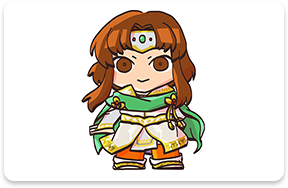 The kingdoms that make up the northern portion of the Thracian peninsula once formed an alliance, with Leonster at its center. In doing so, they were pretty successfully able to ward off invaders from other neighboring countries. Miranda’s home kingdom of Ulster was part of that alliance as well! 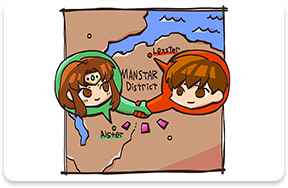 However, Leonster fell after an invasion by the Kingdom of Thracia and the Grannvale Empire, and Ulster came under Grannvale’s control as well. Miranda was captured and made a hostage of the empire. 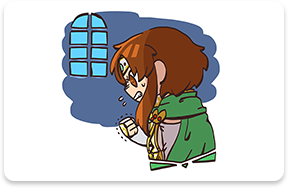 But even during her captivity, Miranda showed no sign of giving in. No matter how bad her situation became, she would always remember her vow to liberate her kingdom! 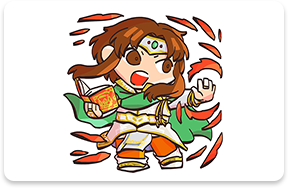 Quan’s son. He was hiding in Fiana but rose up after an attack by imperial forces. He saved Miranda from imprisonment and fought for the liberation of northern Thracia at her side.

A knight of Ulster. His band of knights is said to be the greatest in all of northern Thracia. When Miranda was captured, he was forced to serve Grannvale.